I’m sure you’ve seen it.

In our modern world, it is everywhere for men.

I believe it is because men are simply not living their lives correctly.

Men are not living in such a way as to facilitate their happiness.

Time to explain why… 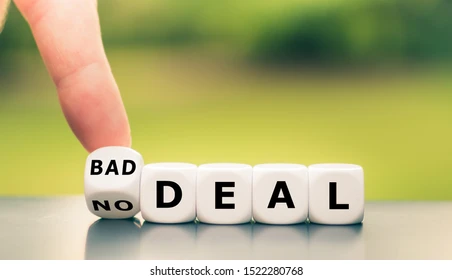 Most men allow bad deals to ruin their life.

They are told by their parents (beta dad and controlling mom) that they should facilitate the matriarchy.

Being the good boy they are, they follow their parent’s instructions to the letter.

They then lead themselves down the path of misery.

They allow themselves to be taken for a ride, as it were, by women.

What are these deals?

When a man agrees to do these things, he is sacrificing his life for the lives of others.

He is killing himself so that others may live.

This obviously leads to intense regret down the line.

The sad part is that it isn’t the beta’s fault.

They were simply lied to their whole lives and were doomed to misery.

Most men have no idea what will ACTUALLY make them happy because they were raised utterly rudderless.

Since their parents and society led them astray (for society’s benefit and not theirs), the beta now knows nothing at all about how to live a life where he’s truly happy.

This is the tragedy of cultural programming.

In order to facilitate a matriarchichal reality, it sacrifices the lives of all the common men.

Men must suffer so that women may live.

Humans Are Not Monogamous

The primary lie, which I believe is the principal cause of male unhappiness is the teaching that humans are monogamous.

Men are polygamous (they want multiple concurrent partners) and women are SERIALLY monogamous (they go from one partner to another, never remaining with one for a truly long period of time).

The people that stay together for long periods of time are the EXCEPTION to the rule (and are often miserable as well).

If betas knew this from a young age, they would be truly reticent about entering into monogamous relationships.

Instead, they are fed Disney bullshit which makes them feel happy in the short term (several months to a few years – the honeymoon phase) and then dooms them to misery for the rest of their life.

Something else that betas are told from a young age is that women are “saving their best” for them.

The women are making mistake after mistake and finally end up with the “right guy” – the beta when they’re older.

This is a HUGE lie.

Women are NOT sexually attracted to beta men.

They are with them as a safety net when their attractiveness fails them.

They give their sexual best to alpha men when they are most sexually attractive and available, and give barely anything to betas later in their life.

Basically, sex with a beta for a woman is a carrot that needs to be given intermittently to accrue other benefits.

Obviously this leads to utter misery for betas in the long term.

As I have mentioned previously, it is a travesty that men are not made aware of the extent to which they are used if they are betas.

If they would wake up to the truth, they would NEVER settle for such a raw deal.

Luckily, with the internet and other forms of information exchange, men are being made aware of the truth.

More and more men are waking up to the realization that women have been using men for ages.

They are beginning to realize what holds the key to their happiness.

I will state it clearly now.

The ONLY time men are EVER happy is when they are NON-MONOGAMOUS.

When a man controls his own sexual fate and his balls are not in the vice of any woman, he is able to be free and happy.

Men can NOT be happy in a monogamous arrangement due to the biological differences in sex drive between men and women.

When a woman knows a man is sacrificing his sexual happiness for her, he is seen as a loser BY DESIGN.

THAT VERY ACT is a signal that the man is a weak beta to be used and discarded.

Heed my advice, if you decide to be monogamous, that is your fate as well.

No man is special in the eyes of hypergamy.

Only enter into arrangements with women that favour you.

Notice how none of these options include monogamy, or even real commitment.

When women know that they don’t have you, they work hard in order to compete with your other options.

When women are competing in this way for you, they see you as an alpha BY DESIGN.

Since most men are NOT doing this, you can differentiate yourself greatly from the beta crowd, simply by holding strong to a non-monogamous frame.

You will be incredibly sexy and attractive to the women you are with.

*Important note: this only applies if you meet women’s minimum standard for sexual attractiveness (you’re well dressed, well groomed, not overweight and have relatively good game).

I know some of you are going to balk at this and state that it is possible to be happy in monogamous arrangements.

After the honeymoon phase, however, you don’t have a snowball’s chance in hell of being as happy as a non-monogamous guy.

You must hold the ability to be independent.

I would extend this to your financial life as well.

Are you truly happy if you are at the behest of one company, or one woman?

If you are dependent on only one source for your income/sex/happiness, you’re going to have a very bad time in the long term.

You need to spread out your options in order to hedge your bets.

If anything should happen to fall, you always have a backup.

When your income/sex/happiness is spread out over multiple sources, you never fear losing anything.

This lack of fear is a key component to masculinity and overall happiness.

Sex Is A Must

For men to have enjoyable relationships and a good quality of life, they must have at minimum, access to sex.

This means that sex is a necessary component to your relationships.

What you’ll find when you’re in multiple non-monogamous relationships is that your sex is robust, passionate and frequent.

Many men have never experienced the sheer sexual quantity that a non-monogamous man has over the LONG TERM.

Of course, a man in a long term relationship in the honeymoon phase has frequent sex, but it is inevitable for that sex to drop off over time.

In fact, if any girl in your arrangements begins to deny sex, she can simply be replaced, with limited negative impact to your sex life or even mood.

Such is the power of keeping your options open as a man.

As I’ve stated in previous posts, options are power.

The men who are most attractive to women are those that are clearly openly exercising their power of non-monogamy.

I don’t mean you’re having direct discussions with your girl about the other girls you’re seeing (unless you’re having “the talk” with a girl).

I mean that you’re aloof and constantly meeting and sleeping with your multiple options.

When women know that they aren’t your only option, they compete to be your favourite option.

Nothing really compares to the behaviour women show men who they’re trying to impress.

You want to attain that enviable position for yourself.

The only time men are ever happy is when they are non-monogamous.

The matriarchy tries to convince men to sacrifice their happiness and their future for female happiness.

Only the men that refuse to sacrifice themselves can truly acquire the happiness and independence that embodies an alpha.

Hold strong and fight for your own happiness!

You’ll be glad you did.

My Mom Tells Me That I Should Find One Girl I Really Like and Make Her the Happiest Woman in the World. Should I?

Should you sacrifice your options and your balls for only one woman?

That is for NPCs who don’t know any better.

If you truly want to be happy as a man, you would never take a deal like this.

I Told My Friends and Family That I Would Prefer to Not Have A Girlfriend and Explore My Options. Several of My Male Relatives Told Me I Was Being An Idiot. Were They Right?

Crabs in a bucket.

They are miserable and are trying to drag you down into misery with them.

What the fuck do they know about being strong and independent?

They have literally sacrificed their lives to fuel the matriarchy!

They have no idea on how to give a man advice on how to be happy.

The only time they were ever happy was in the honeymoon phase of their relationships (which ended long ago)!

All Of My Female Friends Say That They Only Want to Be With One Man For the Rest of Their Lives! They Sound Monogamous to Me!

Their WORDS say that they are monogamous.

They have all likely been with multiple men in monogamous arrangements.

This makes them SERIALLY monogamous (which isn’t really monogamy at all).

Humans are NOT monogamous.

Cultural programming tries to brainwash you into believing it though.

I Finally Have Multiple Girls I’m Sleeping WIth! Each One Says That She Wants to Be My Ride or Die. What Do I Do?

This is as good as it gets.

Disney LIES to you and tells you that once you’re monogamous you’ll live happily ever after.

Only the matriarchy benefits if you are monogamous.

Both you AND your partner become miserable over time in those arrangements.