This is a difficult topic for many men to understand.

In this article, we’re going to talk about what women want in a man, and why she can’t tell you what it is.

“What? Helios, are you trying to tell me that women know what they want and actively don’t tell us?”

“Actually, my son, often they don’t even know. Luckily I’ve figured it out and already know.”

Women want you to just get it! 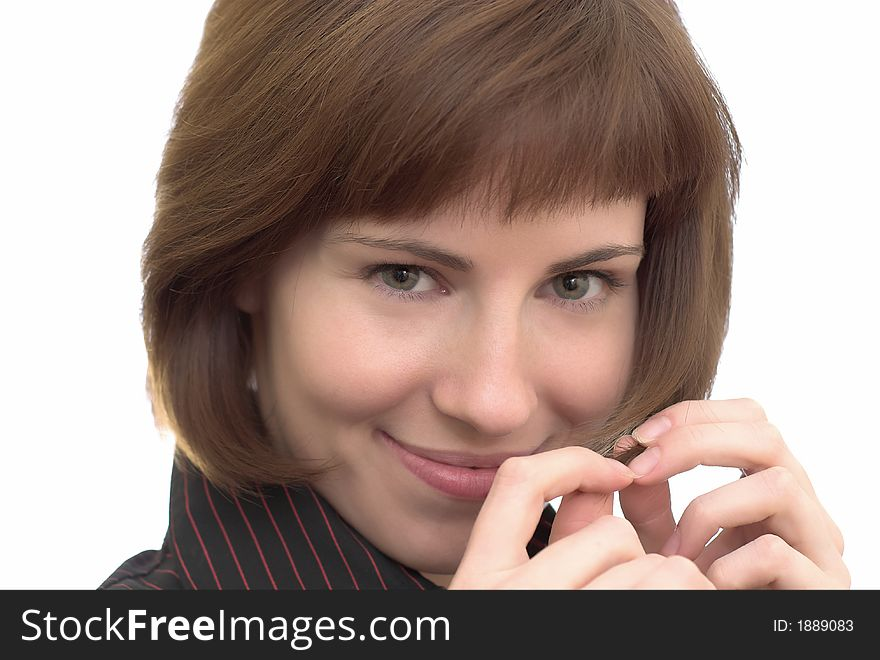 They want you to read their behaviours and understand what they want through that.

Often, women aren’t thinking about what they are doing when it comes to the sexual marketplace.

They are simply reacting according to how they feel, and their actions have common patterns.

Through their actions, women have shown men what they want (who they choose to have sex with), despite what they say.

They SAY they want a guy who does the following:

They almost invariably DO NOT FUCK this man (or they make him wait months, or even years before they do).

They fuck men who display the following behaviours:

I want you to make a comparison now.

Read this common feminist mantra and compare it to what women like to fuck:

“A strong independent woman who doesn’t need a man.”

“A strong, independent man who doesn’t need a woman.”

WOMEN WANT TO FUCK THAT MAN.

They want to fuck the man who is LITERALLY the opposite of what the feminist woman says she wants.

The “toxic masculine” man is the one she wants to fuck.

It isn’t because men are evil, it is actually because cultural programming is WRONG.

It aims to maintain a MATRIARCHY at the EXPENSE of everyone’s HAPPINESS (men AND women).

They will NEVER SAY this.

They will simply continue to do the behaviours that IMPLY this.

They want you to just get it!

If you as a man listen to what women SAY they want, you are beta.

You are therefore, categorically, not a guy who gets it.

She has selected you out of the “sex pool” and into the “drain pool”.

Men who don’t get it are simply used and discarded by women.

Men who DO get it are worshipped and treated amazingly.

You are required as a man to pass the global shit test which is the matriarchy in order to be an alpha.

You are raised from a young age to be steeped in the matriarchy.

Only those men who are strong enough to rise above their brainwashing deserve to impregnate the amazons that rule us.

I hope you understand how insidious this is.

You are actively being culturally castrated from birth, and you determine whether you remain so or not.

Men that remain beta/NPCs are simply tossed into the matriarchal wood chipper in the long term.

Betas are used, and thrown away when there is no utility left.

It is YOUR ACTIONS that determine what your fate is.

This brings me to probably the most mentioned thing on this blog.

Non-monogamy frees you from basically all of the problems of the matriarchy.

When you have multiple women as options, you never fear losing any individual woman.

The most powerful tool that women have to control you (your sex drive), is lost to them.

As a result, you can behave as you wish, free from the shackles that our cultural programming tries to put on you.

You are not required to obey or to submit power to any woman when you are non-monogamous.

When disrespectful behaviour arises, you can simply walk away, not losing any sex in the process.

Non-monogamy is the route to freedom in our matriarchal society.

Never allow one individual woman to control your access to sex!

The Power To Walk Away

When you have the power to walk away, it is clear to women that you get it!

You are able to exercise your options and understand your value as an alpha man.

You are simultaneously powerful and terrifying.

You cannot be controlled.

Women will then spend their entire relationship with you trying (and failing) to control and change you.

You can allow all of these shit tests to roll off your back as you wield the multiple options you have.

When you hold the power to walk away, you are an extremely valuable man indeed, one who WILL be chased by women.

A man who has the power to walk away “gets it” so well that he has turned the regular sexual game in his favour!

This is a rare position for a man to be in indeed.

The only men that are ever in this position are alpha males, the men who are at the absolute top of the sexual pyramid.

Women Fuck the Winners at the Finish Line

Women don’t tell men this, but they only fuck winners.

They actively wait at the proverbial finish line.

You as a man, need to break free of feminine conditioning and then become a winner yourself.

You’ll see that as a result, your access to sex will be greater than it has ever been in your life!

You will be pursued instead of being the pursuer.

It will be clear to women who see you that you just get it.

Men who get it have an unmistakable aura of unshakeable confidence.

Women love and fear that aura, as they know that a man like that can never be truly acquired.

He will only ever be with a girl as long as she behaves.

He is without doubt, a winner.

You Are the Prize

When you get how women work and behave appropriately, YOU are the prize.

You are so far above other men that you are a precious commodity, one to be shared amongst multiple women.

You can easily be non-monogamous in such a position.

As the saying goes:

Once you have put yourself in this prime position, your access to sex for the rest of your life will be guaranteed.

It is an enviable position indeed.

They Can’t Tell You

If they did, they would reveal how a man could become alpha or beta.

This would ruin their societal brainwashing, which selects for alphas.

Women would reveal the game, and this would ruin the biological future of humanity.

If betas can become alphas, then there would be no true alphas and the survival of the species would be threatened.

If you’re on this blog, you’re one of the special few men who actually can become an alpha and escape societal brainwashing.

Most men stay as beta/NPCs their whole lives, having no idea what they’re in store for in the future.

As you can see, women just want you to get it.

They want you to understand what they want men to be.

They will never tell you, however.

They will only imply it through their actions.

Women want alphas but raise betas, only the best of which can escape their cultural shackles and be free.

Come be one of us!

Why Won’t Women Tell Me What They Really Want In A Man?

Even if they do, they need you to get it.

Otherwise, you’re not a real alpha.

If she has to tell you what women need, you’re not good enough to have sex with any woman.

Why Am I Always Frustrated In Monogamous Relationships?

You’re frustrated because you know that women have you by the balls in those relationships.

You know that she can limit your access to sex, as she is your sole sexual option.

As a result, you can tell that you are being manipulated through your sex drive and that is why you’re always frustrated.

This Girl Is Amazing, I Want to Give Her the World!

Sucking up to women is antithetical to attraction.

By kissing her ass and revealing your weaknesses, she sees you as a provider and not as a sex partner.

She will likely friendzone/reject you.

Focus on who you are and the value that that provides to women passively.

Buying women shit and sucking up is disqualification.

She Is So Great, I Want Her So Bad! Helios, How Can I Get Her?

You are putting her as the prize in this situation.

You have the roles reversed.

You are the prize and there are many women out there who can make you happy.

Don’t make the mistake of pursuing this one individual girl at the expense of all others.

That will lead to your misery!