Many men complain that women are damaged goods.

Of course, we should probably define the terms so that inexperienced men can understand what we’re walking about.

Obviously, we want to prevent having serious relationships with women that are “damaged goods”, for our own long term stability and happiness.

Let’s get into it…

What Does it Mean for A Woman to Be Damaged Goods?

When a woman is damaged goods, it means that she has been with too many men and has lost her ability to pair bond.

Some men refer to a woman being damaged by the “1000 cock stare”.

I find that to be an over-exaggeration, but you understand the gist I hope.

Women who have been with too many men, or have stayed in the “rockstar” phase too long eventually ruin their ability to enjoy future men.

They simply cannot enjoy them because their hypergamy demands that any new man they find beats all of their previous partners.

This becomes more and more difficult as the number of partners a woman has increases.

Once a woman is “damaged” in this way, there is no going back.

Many women end up miserable and alone OR settle for a man they consider to be beta and torture him to death once they have become damaged goods.

The matriarchy puts no limits on female hypergamy and thus, MANY women fall into the “rockstar trap” and ruin themselves in the long term as a result.

The reason why women ruin their ability to pair bond is because of a hormone called oxytocin.

Oxytocin is responsible for pair bonding in both men and women, though women release about 10x the quantity that men do.

What happens when a woman sleeps with a man for the first time is that there is a HUGE rush of oxytocin, which attempts to bond the woman to the man.

This rush of oxytocin leads to the honeymoon phase for women.

For every subsequent partner after the first, women release less and less oxytocin.

As a result, women never feel as bonded to their later partners as they felt to their earlier partners.

This also correlates with the fact that women are most likely to find their most attractive match when they are younger and most fertile.

This confluence of events means that women have an extremely narrow window with which to find a good man to settle down with, an opportunity which the matriarchy encourages women NOT TO capitalize on (age 18-22).

The matriarchy encourages women to explore their options forever, while never believing that any man they have found is good enough (age 18-35).

The irony is that women are best positioned to capitalize on their options when they are young and fertile (in their rockstar phase, age 18-22/23). 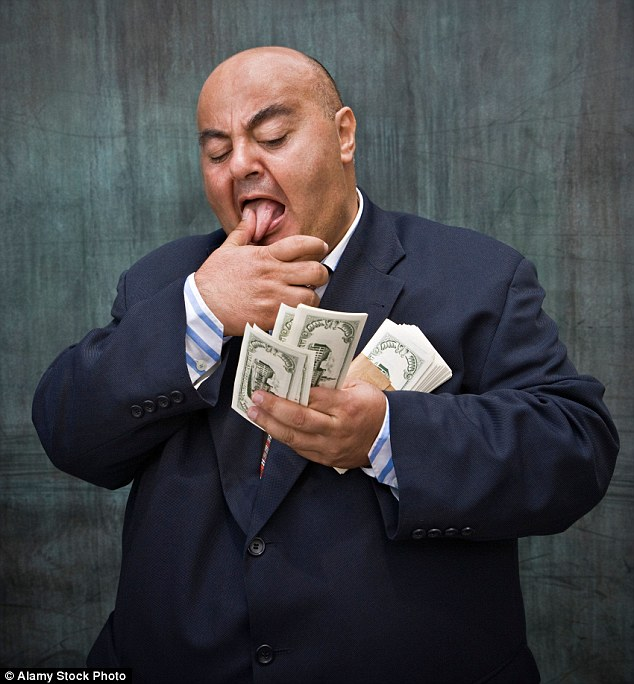 The matriarchy encourages women to date up.

Women naturally do this, but open hypergamy, as backed by the matriarchy exacerbates it.

Thus, modern women pursue a strategy of fucking men who will never commit to them until they’re too old and uncompetitive to do so any longer.

These men are SO much more attractive than they are that these women had no chance in hell of ever getting their commitment (also, there are relatively few).

At that point, they fall back on the safety net that the matriarchy has brainwashed for them, the betas.

The problem is that by the time they have fallen onto their beta safety net, women have burnt out their oxytocin so much that they have guaranteed their inability to enjoy any relationship.

They are thus doomed to misery in the long term.

They obviously did not consider this consequence when they were young, beautiful and competitive rockstars.

Often, women coming out of their rockstar phase, or their strong independent phase are alpha widows.

They have been with many men who they have attempted to bond with, who subsequently left them.

They no longer have the ability to pair bond, or even to respect a man who isn’t that man they are alpha widowed by.

To say that these women cause misery in a beta’s life is an understatement.

Betas often think they have won the lottery getting with a sexy older woman, but he has actually gotten a woman who is not only sexually cold, but pair bond incapable.

This is the real reason why men prefer younger women.

Not only are younger women more sexually attractive, they are also MUCH less likely to come with baggage and the inability to pair bond.

Betas, being clueless slaves, have no idea the women that they are inheriting.

They have a tendency to fixate on one and worship her.

When “the one” that the beta fixates on is damaged goods, both people end up miserable in the long term.

Obviously, any kids produced from such a union will also end up miserable, through osmosis.

The beta safety net and the matriarchy have ruined many lives this way.

Rather than encouraging women to pair up when it would be prudent and maximize their reproductive potential, the matriarchy encourages women to sterilely sleep around  and waste away their youth.

They are then “saved” by a white knight who is too brainwashed by oneitis to know any better.

It is idiotic, what the matriarchy has done to women, but it is not your job to fix that.

Your job is to adapt to the system that exists around you.

Don’t Turn A Ho Into A Housewife

When you know a girl is damaged, DO NOT EVER get into any kind of serious relationship with her.

That will lead to your misery.

If you get the sense that she has had a ton of past partners, you can definitely enjoy her sexually, but you should avoid allowing her to get any closer than that.

Her ability to pair bond has been burned out of her, and none of your efforts will restore it.

You are better served getting yourself a younger woman who is less damaged than one who is ruined in this way.

I know women are going to be very angry reading this, but the truth is YOU CAN’T HAVE YOUR CAKE AND EAT IT TOO.

Biology doesn’t give a shit about that.

If you waste away your youth fucking around, you WILL suffer the consequences.

You know who can waste away their youth fucking around?

WOMEN ARE NOT MEN!

Living the way a man does as a woman is the easiest way to make yourself miserable!

The matriarchy has ruined many women’s lives because it has also brainwashed women into believing that there are no consequences to her actions.

The consequence of a woman sleeping around as a man does is that she ruins her ability to enjoy any sort of long term committed relationship, something which is necessary in order to have children.

When women do not have children, massive depression often results.

This is because those women who did not have children have NOT fulfilled their biological imperative.

A man’s biological imperative is to sleep with multiple women.

A woman’s biological imperative is to HAVE MULTIPLE CHILDREN with genetically FIT partners.

Notice the distinct difference between these two imperatives.

Open Hypergamy Has Made More Women “Damaged Goods” Than Ever Before

As a result of how women have been raised (in a system of open hypergamy), more women than ever before have become damaged goods.

They are no good for long term relationships as a result of the many sexual partners they have had and resultant inability to pair bond.

Many women will be upset at hearing this, but ultimately, it is up to everyone to make informed decisions.

If you know that your ability to pair bond and stay in a long term relationship with a man will be damaged as a result of your reproductive choices, you should be judicious in making them.

Ultimately, I cannot decide or make value judgements on you.

Instead, I can give you the truth and you can decide for yourself what choices you want to make in the long term and what consequences you’re willing to accept.

As I’ve said before in previous articles, I do not personally believe in the madonna/whore fallacy.

I believe that there are just women and their choices.

You as a man also need to make informed decisions.

If you know the woman is likely not good for a long term relationship, do not offer her one.

You will end up miserable in the long term as a result of your poor choice!

Obviously, as a result of the matriarchy we find ourselves in, many more women than before are encouraged to make these poor choices.

When women make poor reproductive choices during their sexual prime, they hurt their ability to pair bond.

In doing so, they ruin their future chance at happiness.

Obviously, as a man, you need to understand that women of this type are to be avoided for serious relationships.

Be judicious in your choices!

What Does It Mean for A Women to Be Damaged Goods?

A woman is damaged goods when she fucks alphas in her prime, gets alpha widowed, and loses her ability to pair bond any further.

She then gets into a serious relationship with a beta, who she subsequently tortures.

You as a man want to avoid women who are too “experienced” for long term relationships.

What Do You Mean When You Say “Don’t Turn A Ho Into a Housewife”?

I mean a woman who has lost her ability to pair bond due to all of the guys she’s fucked will be unable to last in a stable relationship with any man.

Obviously, you as a man shouldn’t be monogamous anyway, but you can’t consider this type of girl even for an NMG or SNMG.

The only good choice for this type of woman is a FWB, where she’ll make you very happy due to her vast experience.

What Is Open Hypergamy, and How Does It Relate to Damaged Women?

Basically the matriarchy, once it took hold of society, made it its goal to give women all the sexual freedoms they could possibly want.

What this means is that women are now encouraged to live out their primal sexual strategy (fuck the best guys they can get their hands on, and try to secure their commitment).

As a result of all the best guys having so much access to sex, most of them are unwilling to commit.

Women then alpha widow themselves trying to get this top man to commit, who then leaves them.

If they had been more pragmatic in their partner selection, they would not have ended up in that position.

Basically, open hypergamy encourages women to follow their primal nature at the cost of their long term happiness (women usually end up unhappy if they feel they had to settle and have children with a suboptimal partner).

What Do You Mean By Alpha Fucks, Beta Bucks?

The current state of the world is that women can pursue the hottest alphas around in their sexual prime, fuck them and then fall back on the beta safety net the matriarchy has made for them.

As a result of all the alpha fucking they did in their prime years, however, many women lose their ability to pair bond, and ruin any chance they would have had at happiness.

The betas are left to pick up the scraps of women that alphas have left behind.

They get the shitty end of the deal, as they get duty sex and have to pay for a commit solely to one of these damaged women.

It is definitely an unfortunate state of affairs.