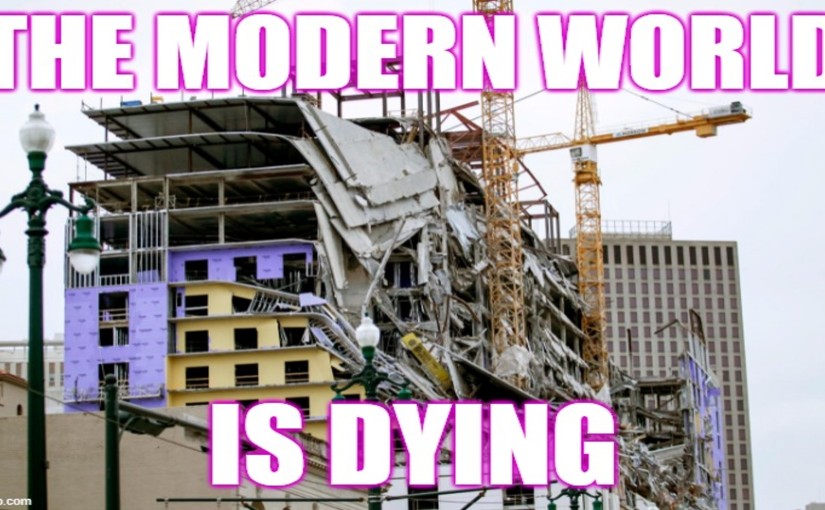 I’m sure many of you have heard at this point.

The west is collapsing.

It has even become a meme.

Of course, this leads to several societal ills, all of which are reflected in our lived experiences today.

On reading this, you’ll recognize several things that I’m sure you’ve seen on the news or in other places.

This is reflected in the prices of everything going up.

It is also coupled with the inability of most youths to buy a house, and being forced to rent.

Most people do not make enough money to have children unless they combine the incomes of two professionals (and we all know how that goes for men).

The prices are going up while everything is in stagnation or decline (roads, job salaries, government effectiveness).

Governments have dealt poorly with the pandemic, and so many small businesses have simply failed, leading to many people becoming destitute.

Big corporations are becoming so powerful they can effectively control the government, leading to a corporatist oligarchy, rather than a democracy, or republic, as is claimed.

Even above-average people are forced to work for corporations who treat them like cattle and effectively farm them for money.

The Race to the Bottom

People compete for positions in the social hierarchy in the collapsing west, without a care for the implications.

It is not enviable to be in a position of power in a place that is on the decline.

Power is related to your location, oftentimes, and being unable to relocate when you’re on a sinking ship does not bode well.

Many people are going to stay in the collapsing west and experience all the ills that come with that while being forced to stay, as their attractiveness is situational, and based on their placement in the country that they’re currently in.

Effectively, this locks people into a race to the bottom as people vie for positions that are quickly becoming worse and worse.

Crabs in a Bucket

The NPCs in the collapsing west still will want to believe that their countries are good.

As more people start to awaken to the state of things, most NPCs will try to convince everyone around that things are fine.

They will effectively try to pull the other crabs back into the bucket.

This will prevent a lot of otherwise intelligent people from making the decision to leave.

The crabs in the bucket will prolong the suffering of many through propagating the brainwashing necessary to remain in a “sinking ship” country.

As the west falls more and more into a state of decay, political instability will lead to the adoption of more extreme ideologies.

We need look no further than Germany after WW1 to see a past example of this.

God help us if such a situation were to happen again.

We can already see this trend in the way that politics is becoming more extreme (the right go further right, and the left go further left).

It may just devolve into communism vs. fascism again.

Let me restate an old adage:

And the cycle repeats.

We are currently in the “weak men create hard times” phase.

After WW2, the west experienced a golden age, lasting for around 100 years.

In this time, we have become decadent and complacent in our thoughts.

This has allowed cancerous ideologies to spread and weaken men, turning most in NPCs.

NPCs spread the message that everything is fine and all is going well.

This hastens the collapse and decline of the west, which we are experiencing now.

Expect the next 50 years to be “interesting(hard) times”.

The Focus on Surface Level Things

Since society is collapsing, it now encourages surface level desires and accomplishments.

This has led to the pedestalization of the following three things:

I hope you can see the parallel between this and what women are attracted to.

Did you notice that women exactly find attractive the things that culture says to focus on?

That is NOT a coincidence.

Are you surprised that it turned out this way?

Let me suggest a different set of things to pedestalize:

If our society favoured those things instead of the three above, I believe we would not be in a decline currently.

Destruction of the Nuclear Family

Because the corporatist oligarchy that currently rules the west needs more people to sell to, they’ve decided it’s time to collapse the nuclear family (which was also an invention of the west, by the way. Before that, we had communal living, where extended families lived together.).

Encouraging divorce (it has a long-term rate of 80%-ish currently), makes it so that there are many more households to sell to.

This means a MUCH greater marketplace to sell to.

Of course, the collapse of the traditional family also leads to the creation of a HUGE population of NPCs, but obviously, that is also a benefit.

NPCs, you see, are extremely easy to manipulate, and thus, sell to.

For the corporatist oligarchy, the destruction of the nuclear family is a win-win!

Of course, it has led to the slow decline and collapse of the west, but those people don’t care, as they can simply move to a different country once they’ve drained the marrow of the west.

Whereas before we had religion as a form of control, now, we have propaganda in the form of commercials and paid news.

The corporatist oligarchy simply pays the news stations to say what they need to say in order for people to continue to be mindless consumers.

NPCs blindly listen, and the intelligent people are so outnumbered that it is irrelevant that they know the truth.

Religion has also been corrupted to be a neo-feminist institution, made to teach men to worship women.

It is noteworthy that the original religions were those of fertility.

We have returned to that point.

Modern christian religions in the west now are effectively fertility religions by a different name.

They are feminist to the core in their promotion of female-centric life strategies and goals for men.

Religion nowadays effectively teaches men to live life the way that absolutely favours women (traditional relationships and marriage) and if men don’t live that way, they are considered a sinner and will burn in hell.

Of course, this is sheer stupidity, but it doesn’t stop old school people, who remember the way that it used to be, from blindly following.

Unfortunately, despite the best of intentions from conservative religious types, religion has been co-opted by our corporatist oligarchical culture into a man brainwashing factory.

It favours marriage (and divorce!).

The point of all this is to show you that life is not full of butterflies and rainbows in the west.

A smart man might think to establish some businesses that provide money in a fashion that doesn’t require them to remain living in the west.

A smart man might also think to relocate to another country or area of the world that is on the rise, rather than on the decline.

You can enjoy the decline by educating yourself on the way that the world really works.

With this knowledge, you can play the game to your advantage and not to that of the corporatist oligarchs who seek to control you and have you be their divorce factory for their own monetary gains.

The west is in decline.

People will suffer as a result.

The next 50 years will likely make for some interesting times.

Be careful what decisions you make, as the world may change from under you.

What If I Just Want to Live A Quiet Life?

You can, but not here.

Things are about to get real crazy, real soon in the west.

Are There Really No Life Paths That Are Perfect for a Man?

In my opinion being a free deviant is perfect.

Your parents and your beta friends won’t approve though.

What If I Want the Wife and 1.5 Kids With the White Picket Fence?

Then you have been brainwashed, young man.

That is what women want.

Go your own way or get divorced and become destitute.

Staying in the West in the long term is a fool’s errand.

If I Just Focus On my Money, Status and Looks I’ll Be Happy Right?

You’ll have everything that women want in a man.

You will have missed the entire point of this article however.

Just because it is what women want does not mean that you have to do it, or even that it will make you happy.

Our society is collapsing because we are doing what women want at the expense of everything else.

NPCs will do that to a culture.