I’m sure you businessmen reading this are already familiar with the sunk cost fallacy.

I’m writing for those of you not familiar with the term today.

I’ll also be talking about how the sunk-cost fallacy relates to betas/NPCs/slaves in LTRs today.

What is the Sunk Cost Fallacy?

Here is the definition of the sunk cost fallacy:

“The Sunk Cost Fallacy describes our tendency to follow through on an endeavor if we have already invested time, effort or money into it, whether or not the current costs outweigh the benefits.“

Obviously the sunk cost fallacy can be applied to areas other than business.

In a betas case, the sunk cost fallacy refers to how he stays in a relationship that’s doing nothing for him, even if it’s stupid to do so, because he has already invested so much time, attention and energy into it.

Who is the Loser in the Sunk Cost Fallacy?

I’m sure you can already guess who the loser is.

The beta loses because he is provisioning a woman in a relationship that does nothing for him.

Often, not only does this woman not fuck him, she also nags him incessantly.

Basically, the benefit of the relationship for him is the privilege of being her butler.

Obviously, this is horrendously bad for the beta, but often he doesn’t know any better! 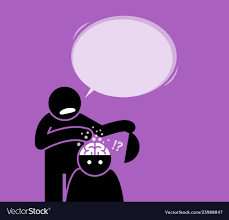 The reason most betas don’t know better is due to societal brainwashing.

Betas are raised from a young age to worship women.

They never break out of the mental prison they were put into as a child by their mom/society/the media.

Due to all the propaganda and his naivete, he goes along with society’s script, not knowing that his destination is the garbage can once his utility has been drained.

The More Chores You Do, the Worse it Gets

Betas find themselves in a terrible relationship where there is virtually zero sex and they resort to asking their wives what the problem is.

Not only is this terrible because it signals the guy just doesn’t “get it”, it also means he’s in for some terrible advice.

Usually, his wife/girlfriend will say something along the lines of:

It’s a lie that masks the true reason she doesn’t want to fuck him (he’s a beta who does not fulfill her hypergamous urges).

He then listens (another idiotic move), which cements his position as a loser.

The woman wins, in the sense that her provisioning is improved (since the husband has agreed to do more chores), but the man loses, as he gets basically nothing other than the privilege of being the woman’s butler.

The beta man doesn’t realize he got the shit end of the stick and so, he stays due to the sunk cost fallacy.

Do you see how insidious this is?

He falls more and more into habits that fuck him over more.

It is a positive feedback loop with terrible results.

Many guys stay in shitty relationships so that they can brag about how long they’ve been in a relationship.

This is obviously idiotic.

If the relationship is going bad and you’re getting nothing out of it, DON’T STAY DAMN IT.

Adding months/years to your misery timer does nothing for anyone.

As a man, you should think about yourself as the centre of your world.

You should think about how everything that you’re doing and the situations you’re in favour YOU.

If they don’t, CUT those relationships out.

You don’t deserve to be a tool for others to use and discard.

You’re worth more than that.

The truth of the world, and something that the matriarchy does provide is a plethora of options.

You NEVER have to settle for one girl.

If a relationship doesn’t work for you at any point, you’re totally free to walk away.

Any new relationship you enter into has a much greater chance of being good for you than any old one, especially if you were treated badly in the old one.

Don’t root through the trash when other shiny options are available!

As I have said in previous posts, options are power.

The person who needs the other the least is the one with the most power.

Obviously, when you exercise your biological imperative (polygamy), you’re going to have many options.

This spreads out your sexual needs over multiple women and means that you don’t NEED any of them.

“I don’t need nobody, I would love somebody though.”

As a result, you will be able to hold onto your power and be MUCH more attractive to all the women you’re with.

Rather than submitting to a shitty LTR that is prone to sunk cost fallacy, you’re much better off in a non-monogamous arrangement with multiple women.

Many betas fall into the trap of the sunk cost fallacy.

They believe they should stay in a relationship simply because it has gone on a long time.

The truth is that if a relationship is not serving your needs, you shouldn’t be in it, regardless of the length of the relationship.

Don’t stay in a relationship where the only benefit is that of being the woman’s butler.

What Is the Sunk Cost Fallacy?

It’s the idea that people stay doing something because they’ve done it for long, even if it’s not serving them.

It applies to betas in the sense that they stay in relationships where the woman basically uses them just because they have been with her so long.

Betas basically ensure their misery by doing this.

The Media Says That All Relationships Require Communication and Constant Work! I Will NOT Give Up On My Relationship, No Matter How Bad!

Even if there is zero sex and your only benefit to you is that of being her butler?

If that’s the case, shame on you!

You’re an idiot who doesn’t think he deserves better.

What kind of man lets his masculine essence be drained away just because of a stupid decision he made a few years ago?

You’re A Sociopath Helios! You Advocate for Wielding Multiple Options In Order to Leverage Your Power Against Women! I’m A Nice Guy, I Would Never Do That!

By that logic I guess all women are sociopaths.

Does that hurt your mental image of women being perfect little angels?

My Wife Says That the Reason We’re Not Having Sex Is Because I Don’t Do Enough Chores! I Think She Knows Better Than You!

You try doing more chores and see what happens.

It’s going to be fucking bad for you, I promise.

Ironically, if you refuse and do your own thing, she’s much more likely to want to fuck you.