Today we’re going to talk about something interesting.

We’re going to talk about who wins in a relationship.

Most people think of relationships as being mutually beneficial.

In our modern society, this is often NOT the case.

Our society is purposefully structured in order to maximize one particular group winning relationships over the other.

First, let’s talk about who wins in the relationship.

The winner is the one who cares the least about the other.

This means that the person who is best able to maintain multiple options is the winner in a relationship.

In our modern society, guess who is best able to maintain multiple options?

If you guessed women, you’d be right!

A woman’s “orbiters” are her other options.

They are the men that she would immediately hop to in case of emergency.

A woman’s orbiters have been carefully crafted by a society that raises men to worship women in order for women to actualize their sexual strategy.

This means that a woman in a “monogamous” relationship is not monogamous at all!

She is polyamorous in the sense that she always has other options that she holds.

This means that the average woman will win the average relationship, if no work is put in by the man.

The matriarchy has structured relationships in order to favour women’s sexual strategy in this way.

The Matriarchy’s Plans for Men

The matriarchy’s plans were always to maximally free women while simultaneously reducing the freedoms of men.

This is why male children are raised to be more like women and are shamed/medicated for stepping out of line.

The matriarchy aims to hobble men before they ever learn the truth of male/female sexual dynamics.

In this way, women can win all relationships before they have truly begun.

By advertising relationships that favour women (in order for them to easily win) as the standard, they rig the relationship game in their favour.

The Best Relationship Strategy for Women

Every person knows the relationships that favour women!

These are the “traditional” relationships we are all familiar with.

Here is what I’m talking about:

If a man is in one of these arrangements, he has agreed to not see other people.

The woman however, still CAN!

She can see/communicate with her orbiters!

This means that she fields MANY more options than the man.

As a result, she needs him much less than he needs her (since she can easily switch to a new partner when the relationship ends).

Men should therefore NEVER enter into these arrangements.

Men are rigged to lose that game.

The Best Relationship Strategy for Men

For men to not need any specific woman, he needs to play the field.

When a man has multiple women he’s sleeping with, he never fears losing sex.

This means that his sex drive cannot be controlled by any singular woman.

Any arrangement that allows a man to have multiple concurrent sexual options is the best arrangement for him.

Here are some examples (and I recommend you ONLY enter into arrangements of this type):

When a man is in any such arrangement, he WINS the relationship.

Women WANT a winner, they just don’t want to tell a man HOW to become one (that ruins his alpha authenticity).

Here is the true beauty of all this.

Once you learn that women actually prefer to share men with multiple sexual options the world becomes your oyster.

This means that a man who “gets it” can have his cake and eat it too!

He can fuck multiple women (with no fear of losing any one) and ALSO win EACH relationship he’s in.

An alpha’s strategy is one of aloofness.

He cares about himself and if he’s not getting what he wants, he’s gone.

A beta’s strategy is one of supplication.

He believes that by identifying with the feminine, he’ll be able to attract the feminine.

Only one of these two strategies actually works in the real world.

You guessed it, ONLY the strategy that WINS (the alpha strategy) is successful.

Thus, the attitude of not giving a fuck, as you can replace a girl at any time wins over the strategy of slavery/NPC-dom.

How Dread Can Help You Win A Relationship

Dread is simply the anxiety women feel when they think they might lose you.

They feel this when you are actively entertaining multiple options.

Women actually need a cycle of positive and negative emotions in order to stay maximally attracted to you.

They need BOTH the good feelings of being with you AND the tension/anxiety that they might lose you.

These feelings should cycle so that she experiences the full range of her emotions, something that women love.

Dread helps you to win a relationship because the woman knows on a limbic level that she might lose you, and so she knows she might be replaced.

She works double hard in order to impress you as a result.

It is incredibly easy to win a relationship from this position. 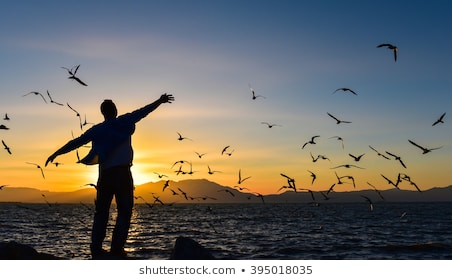 As you can see, the person who wins in the relationship is the one who needs the other the least.

Your goal in a relationship is to set it up so that you do not NEED your partner.

This will allow you to win the relationship.

Of course, women love winners and are even willing to share them!

It’s a double win for you in that case!

Aim for the prime position in your relationships, always!

Who Wins In A Relationship?

The person who needs the other the least.

In traditional monogamous relationships, due to women’s ability to control men’s sex drives through the relationship, women win. (also, they can maintain a harem of beta orbiters).

You should aim to always win in your relationships!

Maybe, but she also doesn’t NEED you.

She has you in a position where if she loses you, you can be easily replaced.

She also knows for sure you don’t have other options.

This will lead to her attraction plummeting like a stone over time!

Mark my words, your fate is sealed.

What Are the Best Relationship Arrangements for Men?

The best relationship arrangements for men are those where the man is not forced to be monogamous and has multiple sexual options.

Here is a list (of relationship strategies I highly recommend):

These relationships heavily favour men and allow you to win very easily, something that women want for you (they want to fuck a winner).

I Do Nice Things for My Girlfriend, Unlike You Manipulative Assholes. That Gets Me Laid!

That gets you beta/slave/NPC starfish sex or no sex at all after the honeymoon phase (3 months to 3 years).

Mark my words, you will suffer in the long term if you’re thinking this way.

Suffering is the only way you’ll learn though, since you’re not willing to listen to reason.

Suffer and be enlightened.